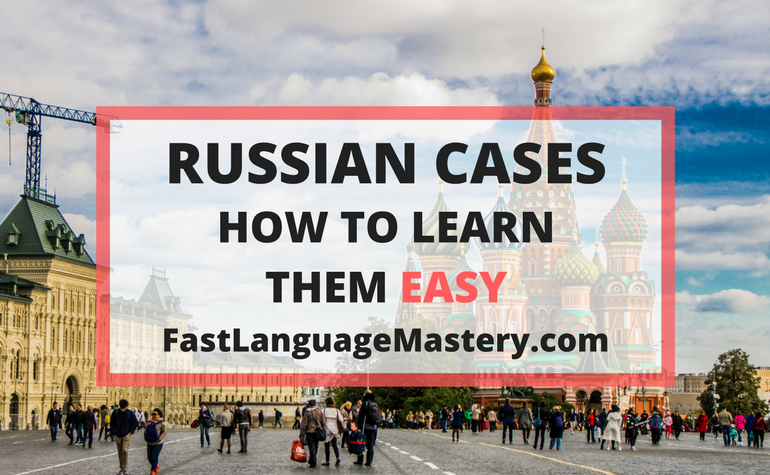 Russian cases – how to learn them EASY

Learning of Russian cases may seem tough at first sight. And the popular opinion is the same. In fact, cases are the first thing that discourage many people to learn the Russian language. And lack of quality resources and simple non-academic explanations only makes it worse.

But what if I tell you, that Russian cases are not as complicated as you were told? What if you can spend less time learning them?

This post contains affiliate links – it means that I will get a commission for your purchase without additional cost to you.

What is a grammatical case?

Grammatical case is an atribute of a pronoun, noun, adjective, participle, numeral for reflecting different grammatical functions of a word in a sentence. This atribute is demonstrated by different endings in each of the cases.

There are grammatical cases in English language too, but just a few, and only for pronouns. For example:

In order to reveal what a gramatical function is, look at the sentence:

As you can see, in English we use the pronoun “him” in both sentences, because English dative case matches with accusative. But in Russian they are different. This is what the grammatical function of a word is, and why the cases are needed in Russian language.

Which Russian cases do I have to learn? 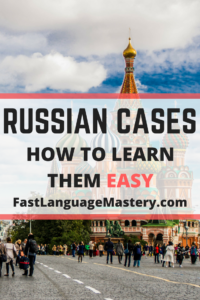 Ideally, all of them. But don’t worry, all case endings are typical, you just need to read many examples for every way of use.

Here are the 6 main Russian cases with quick descriptions:

Dative case – indicates a direct object of an action

Accusative case – indicates an indirect object of an action

Instrumental case – designates an instrument of an action

Prepositional case – used only after some prepositions

There are also 5 additional cases, that you probably have not heard about yet, because their declensions usually match with the main 6 cases. But for full and easy understanding, I think it is crucial to learn these 5 too. Because most of tutorials put them into “Exceptions” or mix with the 6 main cases. However they are complete cases. And they are even easier to learn.

Locative case – indicates a location of an object

Vocative case – used for calling someone

Translative case – designates a change of state of an object

Partitive case – designates a part of something

Check out this lessons from our free Russian course to learn more:

How to memorize case endings

It is not necessary to memorize all endings at once. You just first of all want to learn WHEN to use them, and then HOW to form them. Definitely, you need to know how to decline nouns, adjectives and pronouns in each case. But not at once, it is much more effective to learn it along the way.

What I mean is, you don’t want to memorize all declension groups of nouns and all case endings before learning when and which case to actually use. Learn about case endings along the way, not before.

How to actually learn them fast an not get confused?

Each case has a bunch of constructions, words and prepositions after which it must be used. And each case should be learnt consistently. Not all of them at once. Well, you can do it in one hour, in one day but don’t put all eggs into one basket.

Some Russian prepositions have more than one variant of translation and usage, that’s why for every variant they require different case. For example, the preposition ЗА can mean either “behind” or “for”.

How to learn each case effectively

Let’s suppose you’re learning Genitive case. You need to figure out after which prepositions it must be used, after which words, and in which constructions.

For example, the Genitive case must be used after the prepositions “Для, От, Из, После” (and many others), also at enumeration (i.e. after numerals), after the words Много and Мало and in other situations.

I would say that the biggest complication in cases is mastering the Genitive case, because it has the biggest amount of prepositions and situations of use. Once you master it – everything else must be easy.

The key is not to confuse oneself with unstructured academic explanations, but learn each case consistently, reading couple of examples for each preposition and way of use. This approach will save you a lot of time.

Also, there is another way to learn cases effectively. It is reading/listening approach. Many Russian learners find it effective. Just read Russian texts (not hard ones like War and Peace), and pay attention on case endings. The more you read, the more examples sink in. It is a great way to combine with my method of consistent learning.

Well, I am a native speaker of Russian and cases have never had to learn Russian as a foreign language. However I learned Finnish language, that has a lot of cases, and keep learning another Slavic languages that have the same cases but their rules of use don’t match.

How NOT to learn cases

Personally for me the ineffective and inefficient approach looks like this:

How to learn Russian cases really fast and easy?

In order to explain each case as simple as possible, and give you all what you need to know about them, I wrote the book “Russian Cases – Made Simple” that will walk you throught the process of understanding all Russian cases, when and how to use each of them.

Buy your copy now, and you will forget about hardships that every Russian language learner faces.

Moreover, you will find a lot of examples for each explanation that will cover all your incomprehension and misunderstandings.

And 200 exercises to finally train your brain to use Russian cases without prior thinking.

Purchase your copy right now! It will cost you less than a coffee in Starbucks, and will improve your Russian language skills! 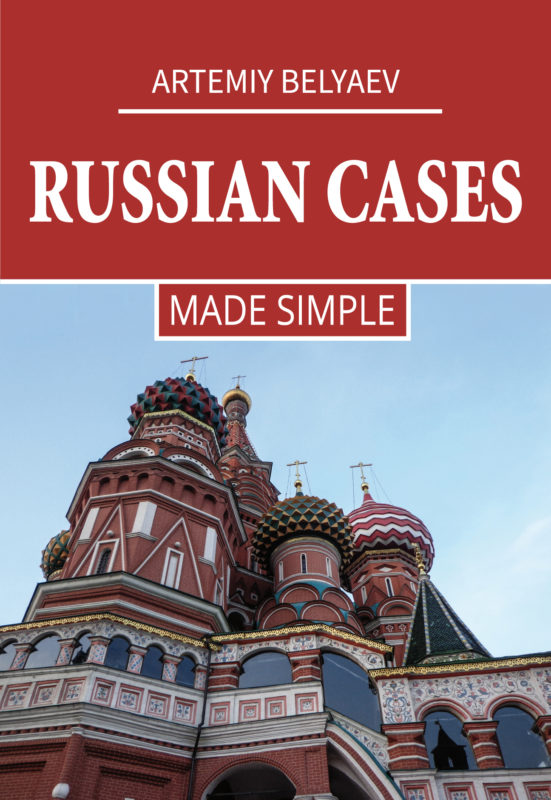