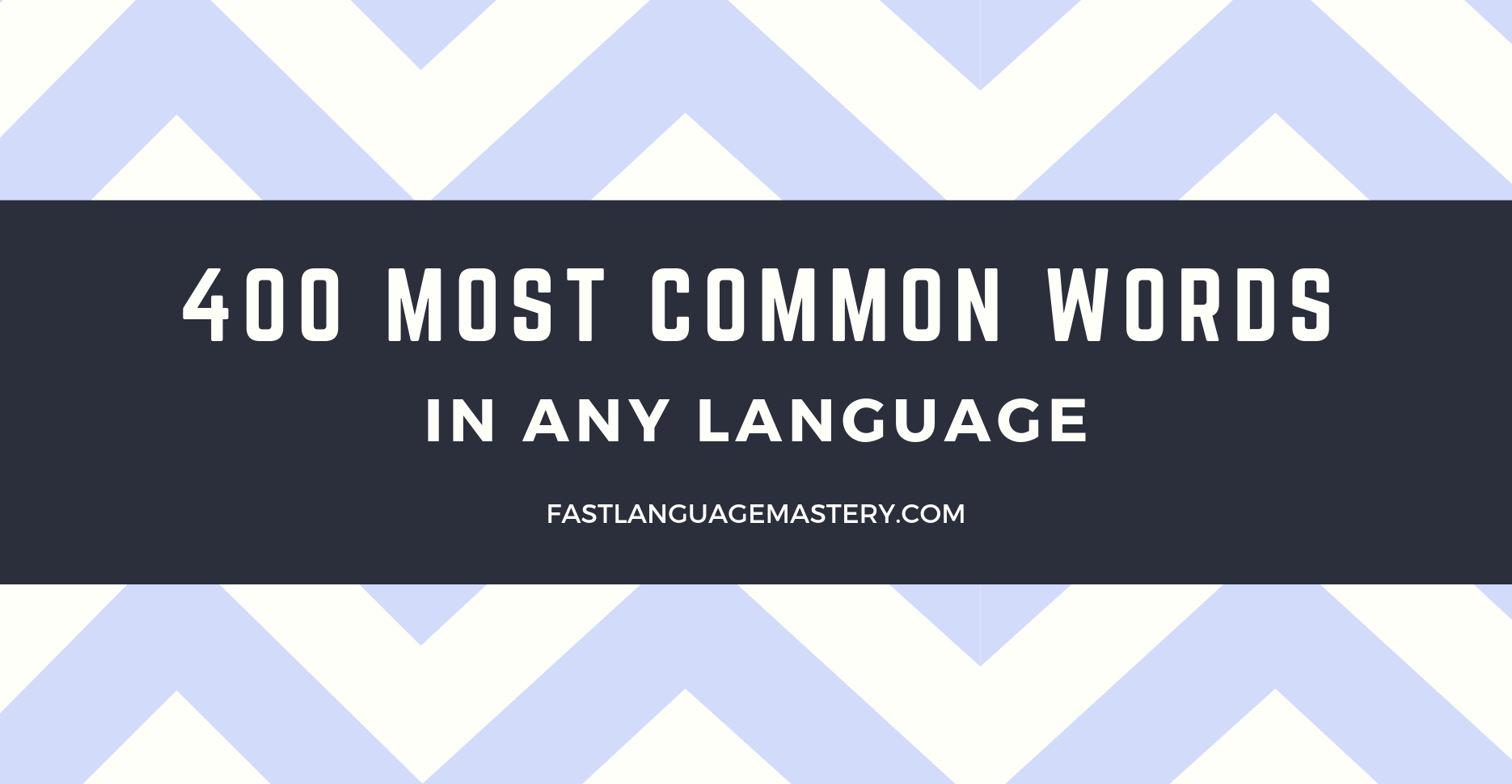 400 Most Common Words in Any Language

Here is where it all comes from: British scientists proved Researchers from Oxford university composed the text corpus of English language used in 21st century, this corpus is called the Oxford Text Corpus. The data was gathered from books, blogs, emails, press, chats, and other text sources. It was done for makers of Oxford English Dictionaries and language research programme, according to sources. And they compiled a list of the 400 most common words in English language.

If you already know that one can 10 words can compile 1000 phrases, here is the tip: in order to memorize as many words as possible from the lists, write sentences using at least 1 word from each of the 100 word lists.

Here are these most common 400 words in any language:

All these words are nothing without Essential Grammar of a language. Learn how to build sentences, and use these 400 most common words to do it. Read the tips on how to start to speak in a week, and apply with these words. Have a good luck and effective language learning!